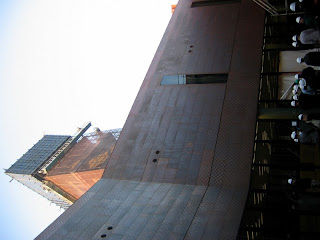 PERTH, Aug 6 AAP - Human remains uncovered in a forest south of Perth at the weekendare believed to be those of missing massage parlour worker Jennifer Wilby.

Police said forensics officers suspected that the skull and bones, found by a bushwalkerand his girlfriend on Sunday in forest at Karragullen, 40km from Perth, were those of23-year-old Ms Wilby.

"Whilst we are not in a position to say conclusively who the person is, we are sayingthat, in all probability based on forensic advice, and the examination of some items atthe scene, it would appear to be the remains of Jennifer Wilby," he said.

"We are looking to confirm as soon as possible for the sake of the families."

"The crime scene or the dump site are always a crucial part of our investigations," he said.

"The fact we now have that will certainly advance the investigations a long way."

Since the find, police are understood to have contacted the families of several peoplewho have gone missing under suspicious circumstances in recent years.

Police yesterday said that among cases they would look at would be 18-year-old SarahSpiers, believed to have been a victim of the so-called Claremont serial killer.

Ms Spiers is presumed to have been killed by a man also responsible for the abductionand deaths of two other women from the exclusive Perth suburb of Claremont in 1996 and1997.

Her body has never been found.